To the Washington Department of Ecology, U.S. Army Corps of Engineers and Planning and Development Services, Whatcom County,

I submit the following scoping comments for the Environmental Impact Statement on the proposed Gateway Pacific Terminal.  I have many concerns about the project’s impacts that are backed by solid research.  I am particularly concerned about the impacts on the marine environment, the watershed, the region’s air quality, the foreseeable cost to human health and negative effects to our local economies.

In April of 2012, I had an opinion-editorial article published in the Seattle Times (attached) that addressed three specific areas that need to be studied for the EIS.  In addition to the aforementioned impacts, I also questioned the claim made by the project proponent’s that increased trainloads of coal will travel through Northwest Washington and the City of Bellingham, regardless of whether GPT is built, only to be shipped from ports in British Columbia.  This is not a true statement.  Please also see the above referenced editorial here: http://tinyurl.com/aax7zn7  Additionally, please review this December 10, 2012  article in the Vancouver Sun: http://tinyurl.com/b74yg6u, in which BC port operators note that no such capacity exists for additional U.S. coal.

Further, I ask that you review the research by the Sightline Institute,  http://tinyurl.com/75p64o9, that discounts the battle cry, “the trains are coming anyway.”  They are not.  Please carefully evaluate the proponent’s claim and the evidence to refute it.  Please study the cumulative impacts of coal related rail traffic, starting from the coal mines all the way through Northwest Washington to Cherry Point. From coal dust and diesel exhaust to noise pollution and disruptions to transportation—all these impacts must be included in the EIS.

Regarding impacts to the already decimated herring population at the Cherry Point Aquatic Reserve and the foreseeable impacts on the ecosystem and wildlife of the Salish Sea, I submit the following argument.

In 1999, the Washington Department of Natural Resources commissioned an Ecological Risk Assessment to examine whether expanding the Arco BP pier might harm the herring stock at Cherry Point.  The Risk Assessment concluded that the additional BP pier—in tandem with the newly permitted Gateway Pacific facility—could result in “long-term cumulative effects from a significant increase in vessel traffic.”  It also pointed out, “increasing ship vessel traffic will inevitably increase the risk of an oil spill” and that, “if such a spill were to occur, especially during or just before the spawning and rearing season, the impact to Cherry Point herring could be catastrophic.”

That alarm was sounded long before anyone knew that GPT would become the largest export facility in North America, and that the commodity in question would be up to 48 million annual tons of coal.

The struggling herring population at Cherry Point is a vital food source for the endangered Chinook salmon of the Pacific Northwest, which in turn are the mainstay for the remaining 90 endangered southern resident killer whales.  According to NOAA, an oil spill poses the greatest threat to our Puget Sound Orcas.

We simply cannot afford to place these endangered animals further in harm’s way.

Therefore, all cumulative vessel impacts from GPT, the BP refinery and all the other freighter traffic, including the oil tankers carrying tar sands crude from Canada, must be included in the EIS.  And that study needs to be conducted immediately, as it was stipulated in the settlement agreement of 1999.  The cost of this study must also be borne solely by the applicant, SSA Marine / Pacific Terminals International.

I attach the aforementioned 1999 Ecological Risk Assessment and also the 2004 Petition for Cherry Point Herring for your review.

Additionally, digging through the EPA website’s TRI page, an excerpt of which is also attached, one finds that the BP refinery at Cherry Point nearly doubled its toxic air emissions between 2002 and 2010. Doubled in just eight years.  Those chemicals include Benzene, Xyelene and Toloune; nasty carcinogenic compounds that we presently get to breathe.

The question posed by GPT is, what happens when that existing suite of chemicals being dispersed into the atmosphere by BP is combined with all the diesel exhaust and particulates from the estimated eighteen trains per day — and all the diesel and bunker fuel exhaust from the 487 cape-sized vessels per year — that will be required to service the coal port?

The cumulative impacts on the air shed from GPT activity and the BP refinery must be studied, because the people of Whatcom County have a right to know what they will be breathing.

Finally, GPT will be a water intensive enterprise, drawing large quantities of water from the Nooksack River.  That river is a contributing source of drinking water for the city of Bellingham.

Equally important, the Nooksack is a significant spawning ground for the endangered Chinook salmon of the Pacific Northwest.  I ask that you study the foreseeable impacts of reduced river flows from GPT usage on the endangered salmon and to the communities that depend on that water source.

Thank you very much for your attention and consideration. 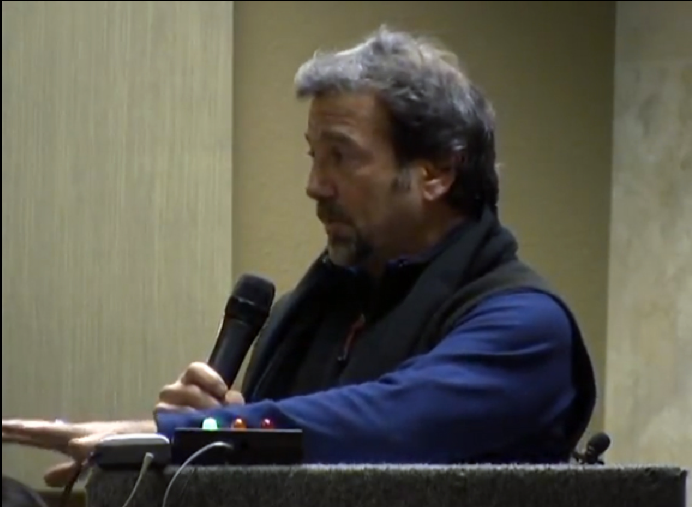