is an award winning multimedia writer, producer and rights clearance expert drawing on more than 20 years experience in Television and Film, Radio and Print. A protean media man.

Recent Credits can be found here. 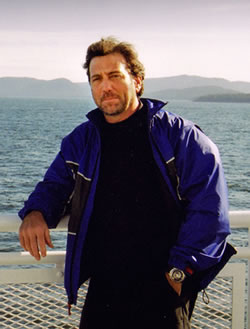 Contribute long-form feature articles with accompanying photography, editorials and opinion pieces on subjects ranging from legal and business issues, to ecology and animal behavior, to music and human interest. Publications include The Los Angeles Times, The San Francisco Chronicle, Billboard Magazine, The Seattle Times, The Santa Barbara Independent, Crosscut.com, All About Beer Magazine, Northwest Magazine and The Peninsula Daily News.

Now Showing / Made You Laugh

Oversaw acquisitions and clearances on the Studios USA /Dick Wolf reality program hosted by Brian Dennehy. Brought in my department $300,000 under budget.

Why Planes Go Down

He Says / She Says

Producer: Six Episodes of the “Battle Of The Sexes” comedy talk show.

Associate Producer on an investigation into “Interrogation Tactics.”

Caught In The Act

Member — Society of Environmental Journalists — since 2006

“Dedication, commitment, patience, resilience and natural talent are just a few of the adjectives that come to mind when I think of how to describe Stephan Michaels. He has the nose for a worthy story and a gift at telling one. He also has an eye for composing a great photograph and possesses the personal character to communicate in a meaningful way.”

” I have awarded several projects to 2nd Wind Productions, all handled with diligence and expertise. From the editing of legal docs and requests to doggedly pursuing obscure sources,
to negotiating exceptional terms and rates, Stephan Michaels has always delivered. “

” Stephan and I have worked together for many years on various projects.
Quick and articulate, he truly understands the business. “

“In the time I’ve known Stephan Michaels, he has continued to impress me with his instincts for the kinds of stories that make compelling television. The pieces he investigated and produced for “The Crusaders,” for example, were well told and often moving. I also admire Stephan’s creativity and original ideas. He has the talent and tenacity to turn these ideas into successful shows.”

.” A special thank-you to Stephan Michaels for his creativity, boundless energy, and meticulous attention to detail. This book is better for it.”

“Stephan Michaels has been a regular contributor to the Peninsula Daily News on Washington state’s North Olympic Peninsula (across the Strait of Juan de Fuca from Victoria, B.C.) His feature articles have been written at a high standard, accompanied by his own professional-caliber photography. From covering the plight of Vancouver Island’s Luna the Killer Whale, to articles on sustainable farming practices, to writing about tennis, Michaels’ writing and reporting has been top-notch. He is a perfectionist.” 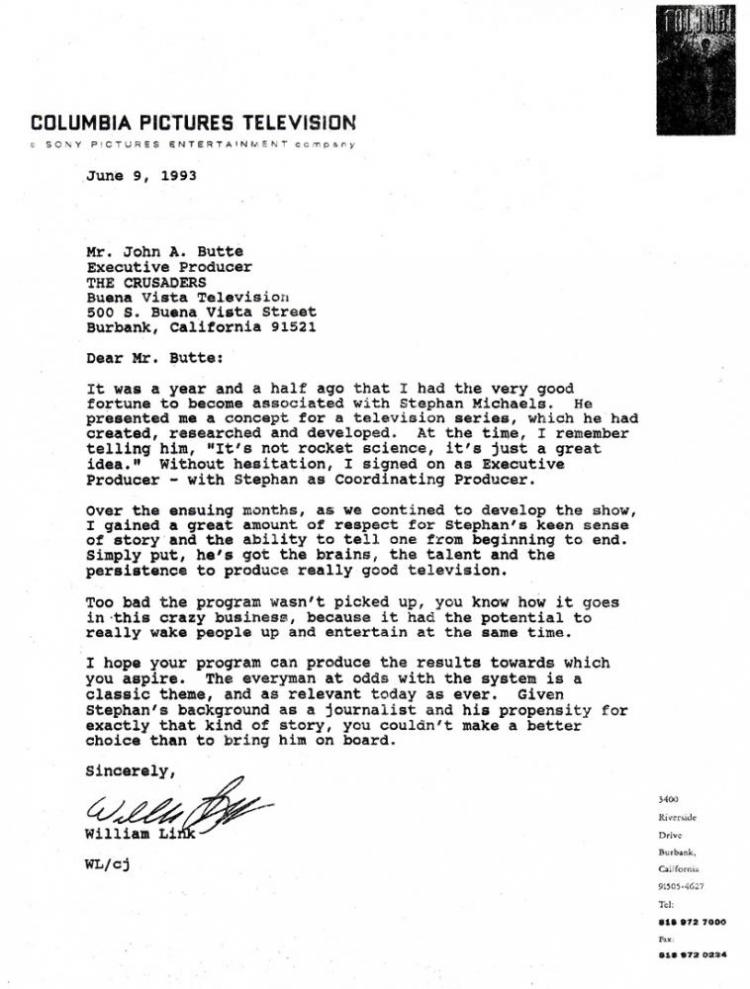 William Link was Creator and Executive Producer of Columbo

On a Personal Note

” A little of what you fancy does you good, or so it should. “

Never put an empty ice tray back in the fridge.