On October 9th, 2004, I set out from Snug Harbor aboard the Salish Sea Charter with several researchers from the Center For Whale Research on San Juan Island. I had never seen a pod of killer whales in the open sea, but that soon changed.

As we dieseled into the Haro Strait, we were virtually greeted by a congregation of all three southern resident pods. It sure looked like play as they slapped the water with their pectoral fins, did tail slaps and swam on their sides and rubbed up against each other. They even staged what looked like short races.

Late that afternoon, I spotted a lone orca swimming about a hundred yards off the stern and went back to investigate while everyone was watching the whales on the bow side. Following the one whale’s pattern of submerging and surfacing, I set the shutter and aperture, focused the camera… and he breached! I got the shot. Instinctively, I pointed my camera back in that general direction… and he breached again. I got that shot, too. One of the researchers got a clear look at the orca’s dorsal fin and saddle patch on the second breach, and identified the orca as a 19-year-old male, L-71, also known as Hugo.

Weird. I had just bought a black Volvo wagon and the randomly generated license plate was…

That night, dining on the island at the Duck Soup Inn, someone mentioned it would have been John Lennon’s 64th birthday. I had brought along a bottle of my favorite wine, Herman Story Syrah, and poured glasses for chef Gretchen and the couple at the next table. We all recited our favorite John Lennon quotes before drinking. The notion spread and almost everyone in the restaurant began quoting Lennon and toasting. One patron passed me a note with the Working Class Hero lyric, “… you’re so fucking crazy, you can’t follow their rules.” Another table began a chorus of, “Give Peace A Chance.” My own quote, “Nowhere you can be that isn’t where you’re meant to be.”

It’s a nice thought. I was certainly in the right place at the right time to take those photos of Hugo, who, sadly, has since gone missing and is now presumed dead. And I wish John Lennon hadn’t been outside the Dakota Building in New York one evening in early December, 1980.

Today would have been his 72nd. 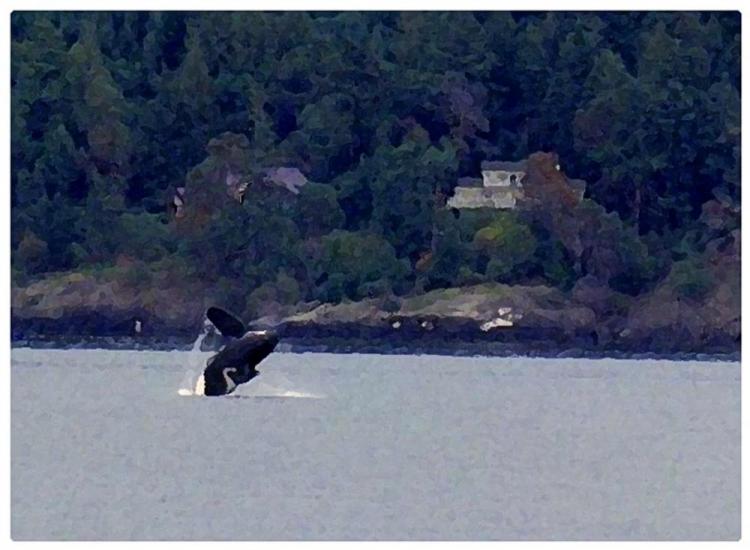