The Rapture did not live up to my expectations. In fact, I was turned away upon arrival for arguing that my dog should also be admitted.

“For Christ’s sake!” I howled. “What friggin’ kind of heaven don’t allow no dogs?”

The woman at the reception counter wore a heavily starched white uniform and looked a lot like Nurse Ratched from One Flew Over The Cuckoo’s Nest. “I am sorry,” she patronized, “but dogs simply aren’t allowed in heaven.”

I scrunched up my forehead, cocked my head to one side and looked at her inquisitively. “Because they have no souls,” she continued.

“Mr. Michaels!” she gasped. “Do you think it’s fair to everyone to have their peace and tranquility disrupted just because one person wants their pet? And if we made an exception, where would it end? Next, you’d probably want us to change the channel just so you could watch the Stanley Cup Finals!” And with that, she slid the window shut in my face.

I began yelping in protest like a harp seal. Two angels suddenly appeared dressed as animal control officers and, after confiscating my drink, gave me the boot. I tumbled through the ether and back down  to earth, where my dog sat patiently waiting by the back door. 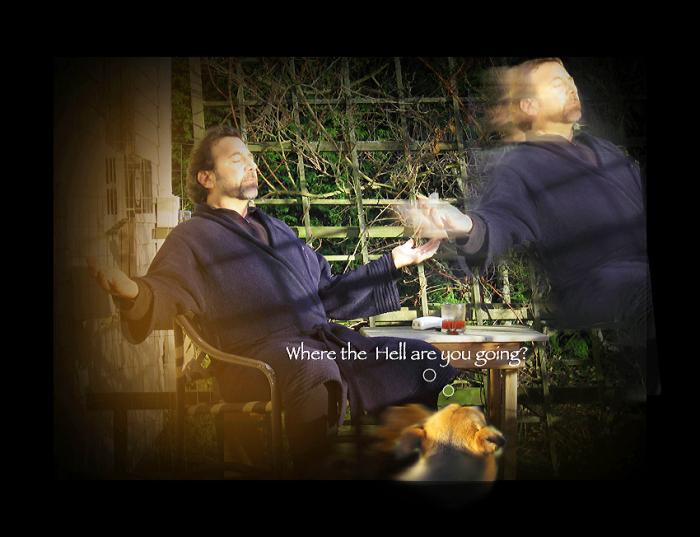