You may find that these time honored reposts come in handy when confronted with the hostile, the sleazy and/or the patently stupid. For instance:

•  Upon being dealt the age card by a snide, narcissistic hipster, as in, “Dude, are you kidding? You’re too friggin’ old.” You must at once assure the pretentious offender, “Actually, I can guarantee that you won’t look this good when you’re my age.  “Really?” the sophomoric douchenozzle will invariably say, “how can you guarantee that?”

“Becuzzz,” you reply with a deliberate, thoughtful inflection, “You don’t look this good now.” 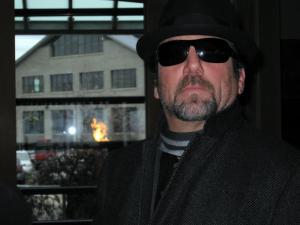 •  And when approached by a smarmy, over-inflated twit (think Ann Coulter) who extends their hand to shake your own, simply refuse, offering in a soft, British accent, “Honest, I would shake your hand, but I’ve ull-ready showered wonce today.”

The insolent little curs will burst red in the face and implode, shouting rude obscenities while spitting all over themselves with each syllable. Once they have been ejected kicking and frothing from the premises, you will find that you are instantly among better company in an atmosphere greatly improved.

If, on the other hand, the response engendered is a clear threat of fisticuffs, a few quick jabs right in the proboscis may be in order, à la J.P. Donleavy.